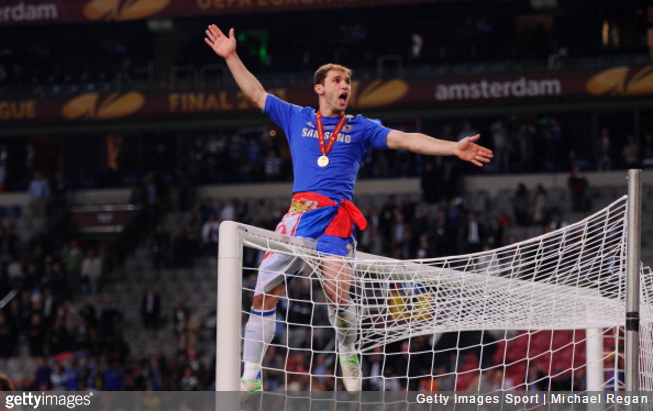 As George Harrison once famously postulated, all things must pass and, alas, it would appear that his fatalistic dictum even extends to Branislav Ivanovic.

After nine years and nine trophies at Chelsea, the 32-year-old Serbian stalwart is moving on – specifically to Zenit St. Petersburg.

Indeed, after posting a photo of him wearing Zenit togs yesterday, the Russian side have now confirmed Ivanovic has signed for them on a two-and-a-half year deal…

It truly is the end of an era, with many Chelsea fans disappointed to see one of their Premier- and Champions League-winning stalwarts leave the flock to rather muted fanfare.

Regardless, the man leaves a club legend.

So long Brano, we’ll always remember you for your odd and unconvincing ‘hands behind the back’ cross-blocking technique.