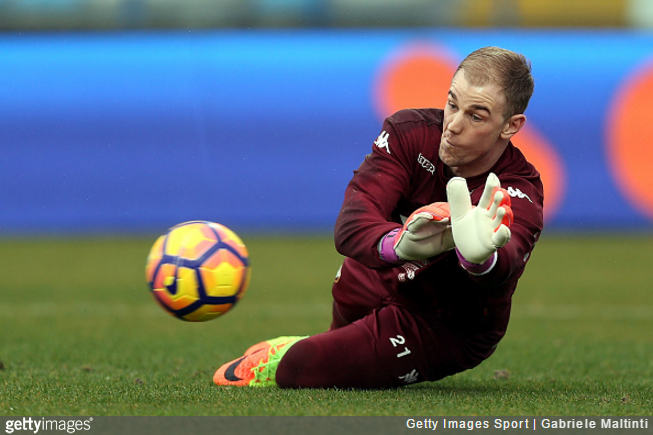 Amid a flurry of tabloid chatter, Arsene Wenger has ruled out making a move for Joe Hart come the end of the season.

Speculation was rife on Thursday morning that Arsenal were preparing a £15million offer for Hart, who is currently plugging away at Torino on a season-long getaway from Man City.

Codsdash and balderwallop, honked Wenger when asked about Hart at his regularly scheduled press conference:

No. I have three world class goalkeepers and I’m happy with the three I have.

Maybe [Petr Cech] was at fault on the third goal [against Chelsea] but overall I feel he has had a good season.

So that’s four “world class” strikers and three “world class” keepers at current count – strange then that Arsenal should find themselves 12 points off the pace going into February.

While it’s a hopelessly subjective term at the best of times, never has the definition of ‘world class’ been stretched so thinly.