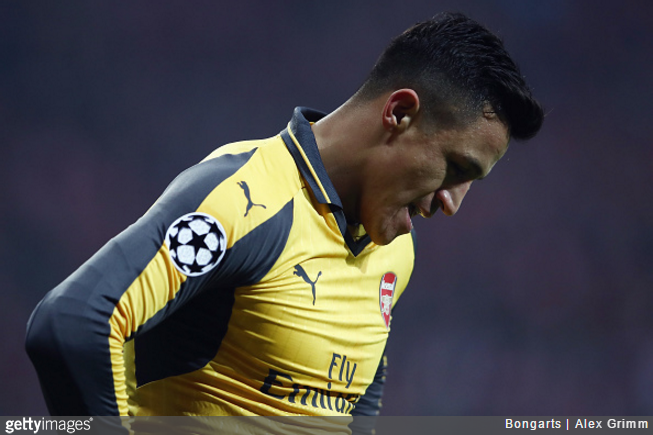 Fed up at seeing their main man let down by his teammates, thousands of Chile fans have organised a campaign to persuade Alexis Sanchez to ditch Arsenal at the end of the season.

A Facebook event page has been set up called “National March for Alexis Sanchez to leave Arsenal“, with over 5,000 Chilean zealots signing up to march through the city of Santiago on 1st March… 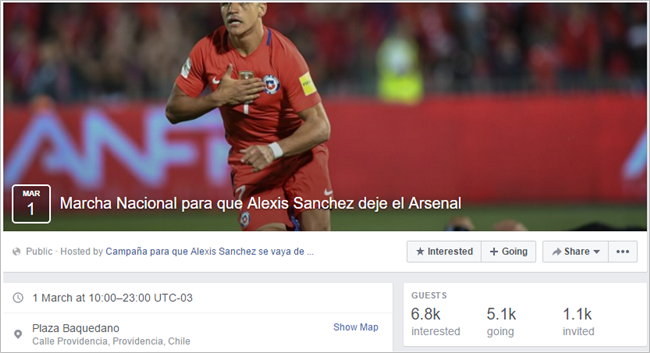 The protest was apparently sparked by Sanchez’s body language during the 5-1 rogering Arsenal received from Bayern Munich in midweek.

The event description on the ‘March for Alexis’ Facebook page reads thus:

We, as Chileans are tired to watch one of our biggest stars play on his own to make his team get through.

We don’t want him to play at Real Madrid, nor go back to Barcelona, we don’t give a f*** where he plays, we just want him to fight along with 10 other players to get the results.

He doesn’t deserve to be alone.

We can only imagine that Alexis himself was the first to sign up.