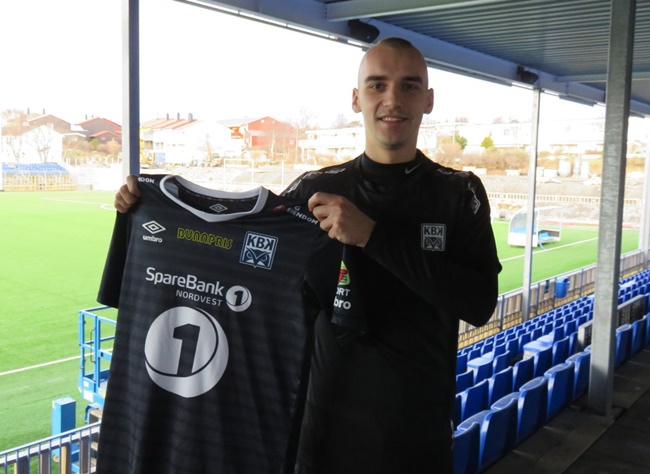 Norwegian top-flight side Kristiansund BK have utilised an alternative income stream to help bolster their squad ahead of their new season.

With the 2017 Eliteserien campaign due to kick off in early April, KBK were able to bring in a handful of free transfers over the off-season.

However, in trying to sign Estonian international defender Nikita Baranov from Flora Tallinn and cash tighter than ever, they were forced to turn to their loyal supporters to help get the move over the line.

As per KBK’s official announcement, the club raised 500,000 kroner (around £48,000) through a crowdfunding drive to pay for Baranov’s transfer.

We must be clear that we could not do this without the help of our dedicated and passionate fans.

Thanks to the enthusiastic fans we have managed to collect over 500,000!

This is absolutely fantastic and essential to ensure that Baranov now plays for KBK.

It is amazing to see the participation of everybody.

According to Italian site SNAI, KBK worked in cahoots with one of their club sponsors, 1 Spare Bank, to drum up 300,000 krone in transfer fees and a further 200,000 krone to cover Baranov’s salary.

As well as being milked dry at every other turn, football fans are now being expected to help buy new players too?

That faint popping sound you just heard was a lightbulb flicking on above Fawaz Al-Hasawi’s head.