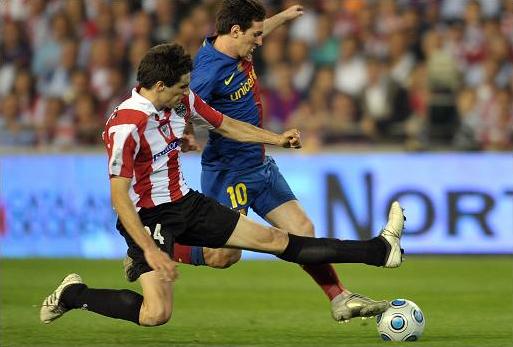 Reports are doing the rounds today that Chelsea are heading the pack in the race to sign Atletico Bilbao star Javi Martinez.

The 21-year-old combative midfielder is widely expected to leave Los Leones this summer after four impressive years at the club during which he has attracted interest from all across Europe – most notably from Barcelona, Real Madrid and Liverpool.

Chelsea owner Roman Abramovich is willing to bankroll moves for players that will add some much-needed youth to his aging ranks and Martinez – one of La Liga’s hottest properties – seemingly fits the bill perfectly.

To be honest, this post was just a thinly-veiled excuse to watch Martinez’ sublime goal against Almeria t’other week over and over again.