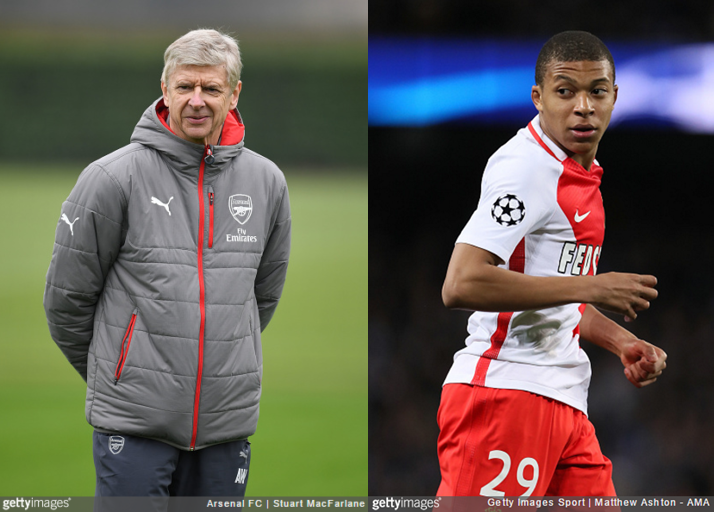 The player in question is Kylian Mbappe, with Wenger revealing that he attempted to pilfer him from Monaco last summer only to realise that he was in direct competition with every other big club in Europe.

Speaking at his Friday press conference, the Gunners boss admitted that he contacted Mbappe after the then-17-year-old made his breakthrough into the Monaco first-team set-up:

I approached him last year because I really believe that he has an exceptional future ahead of him.

Asked why Mbappe stayed put, Wenger implied that Arsenal simply didn’t have the necessary sway to turn his head.

Unfortunately today, all these young players are in full view from very, very early on and all the big clubs want them.

I hope the fact that everybody is already talking of nobody but him isn’t going to have a negative impact on his future.