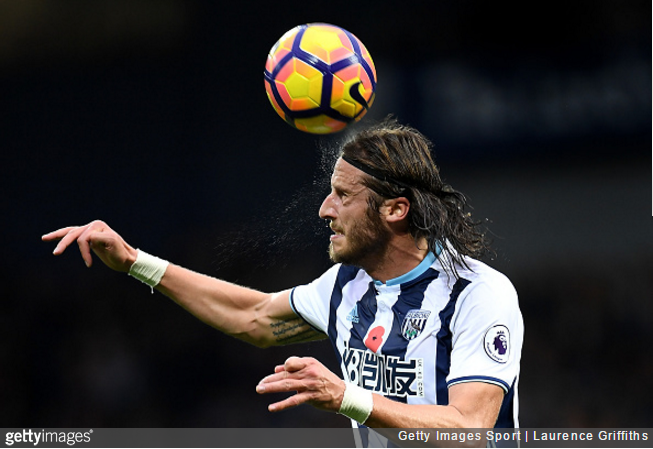 Out of the blue yonder, Jonas Olsson has ended his nine-year stint at West Brom with a sudden move back home to Sweden.

The 34-year-old has left the Baggies with immediate effect, mulching the last few months of his contract in order to join Djurgarden IF.

Judging by his statement on the official West Brom website, the news even seems to have taken Olsson by surprise:

It’s all happened so quickly I’ve not had chance to say a proper farewell to so many people.

I will be back at the first chance to do that. But I’m really grateful to the club for helping me sort out this transfer.

I still feel I have a few good years in me but such is the quality of the competition at Albion for places in my position, it was getting harder and harder to see a first team opportunity.

Albion has been and will always be a huge part of my life and it is great to feel I am leaving it in such a strong position.

Manager Tony Pulis also had this to say on the matter:

I wanted to wish Jonas the best of luck as he starts a new phase in his career and a new step in his life.

I thanked him for his loyalty and effort on my watch. He is a super competitor and terrific professional.

The delightfully hirsute centre-back made a total of 253 appearances for the Baggies, scoring 14 goals – though he has been limited to just seven league appearances so far this term due to the unfailing consistency of Gareth McAuley and Craig Dawson.

An absolute trooper and a seriously undervalued defender at his peak, here’s wishing ‘Swede’ the very best.