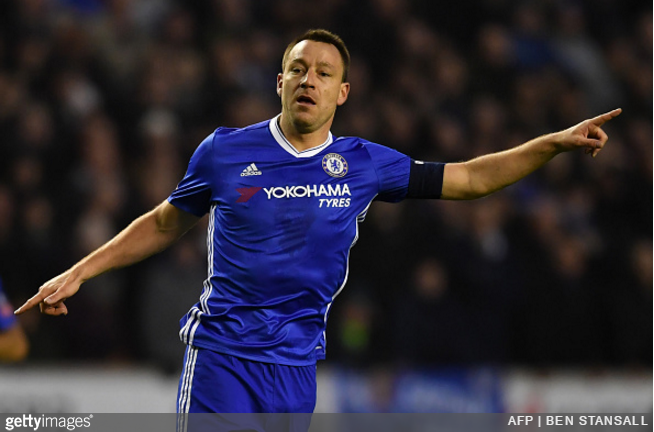 As jointly announced earlier in the week, John Terry and Chelsea – two previously synonymous entities – are to cleave themselves in twain come the end of the season.

After 22 years (and 14 major honours) at the club, man and boy, Terry has been rendered surplus to requirements and as such will be down the Job Centre come June.

As is the done thing, the Captainleaderlegend has penned an open letter on Instagram to Chelsea fans everywhere, thanking them for their unwavering support, etc:

I’ll never be able to put into words the love I have for you fans.

Wearing the armband and being your captain has been without doubt one of the proudest achievements of my life.

I only hope I’ve been able to repay you with my commitment and loyalty throughout my career, and I look forward to returning to this great club in some capacity in the future.

As you can see, Terry makes it abundantly clear that he’s not planning to retire anytime soon, and still feels he has regular football in him.

Where? Aye, now there’s the rub.

Pies are putting a shiny groat on Brighton, though Crystal Palace or Bournemouth must be in with a shout given his Sussex locale.