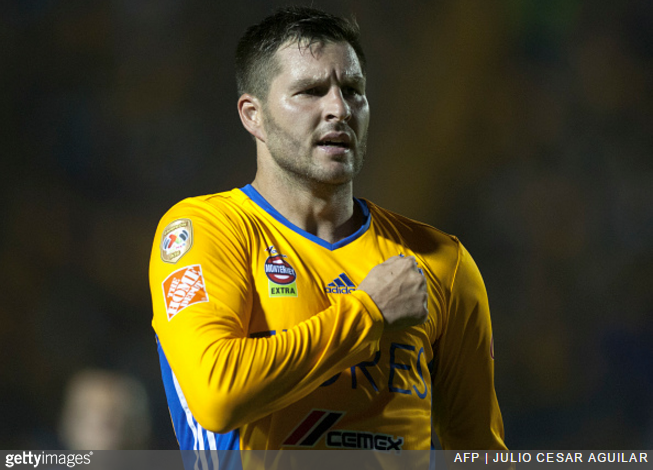 Not that it was ever actually on the cards, but it looks like you can go ahead a nip any prospect of Andre-Pierre Gignac joining PSG in the bud right now.

Gignac is currently one goal shy of his half-century for Mexican side Tigres (in just 86 appearances), who he joined after spending five years banging them in for his hometown club, Olympique Marseille.

Indeed, the 31-year-old striker was born and raised in Martigues, just northwest of Marseille, and as such harbours something of a ingrained loathing for the Parisians and their hoity-toity ways.

Asked by Life & Style whether he’d contemplate a summer switch to PSG if the money was right, Gignac’s reponse was what you might call unambiguous:

I hate Paris Saint-Germain. I’d rather die than sign with them.

If PSG offered me 10 times more money, I would not go there.

Just to ram the point home, Gignac went on to describe just how much he enjoyed PSG’s recent dramatic Champions League demise at the hands of Barcelona.

You’ve got no idea how I shouted at Barca’s sixth goal in the Champions League.

I screamed, ran, everything. My wife was even a little scared!