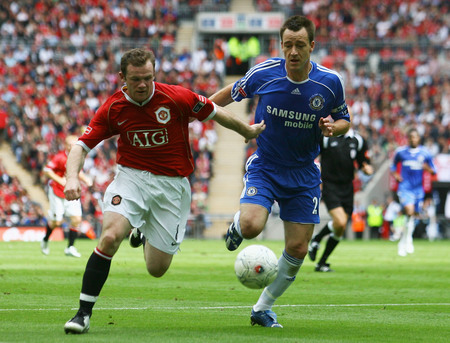 The 06/07 Premiership season has only just finished but there’s no time to think about that, because the fixture list for the 2007/08 season has just been released. The new season begins on 11 August (is it me, or is that earlier than ever before?), with this set of fixtures:
Arsenal v Fulham
Aston Villa v Liverpool
Bolton v Newcastle
Chelsea v Birmingham
Derby v Portsmouth
Everton v Wigan
Man Utd v Reading
Middlesbrough v Blackburn
Sunderland v Tottenham
West Ham v Man City
What stands out? Well, it’s a very tough return to the Prem for Birmingham, who go to Chelsea, whilst champions Man Utd have a cosy home tie against Reading. Roy Keane’s Sunderland vs Tottenham is probably the pick of the ties for me. Click here to check out the full fixture list.