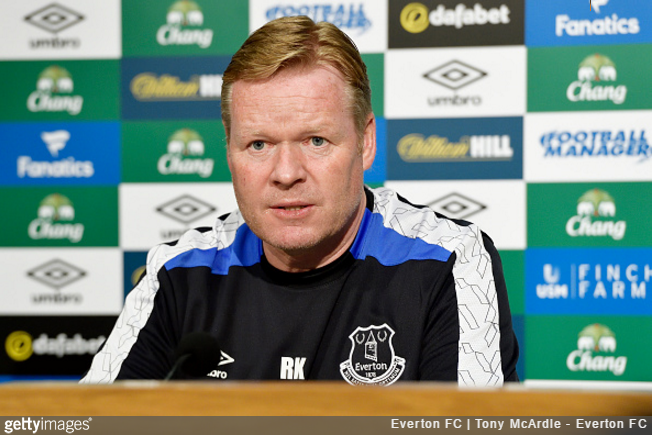 Everton boss Ronald Koeman has issued a one-week ultimatum to Ross Barkley as the midfielder continues to deliberate over signing a new contract with the club.

Barkley has had a lot to endure from a personal standpoint in recent weeks, and has also found himself chopped and changed in and out of the first-team.

Koeman has previously stated that he is attempting to pressure the 23-year-old into realising his full potential, though with his current deal due to expire at the end of next season, the time is nigh for a decision to be made.

Ronald Koeman on Ross Barkley future: ‘We need an answer before next week. He will either accept the contract or we will sell the player”

Indeed, asked how long Barkley has to make his mind up, Koeman was refreshingly to-the-point:

Still one week. The board has been working a long time for Ross to stay for a long period.

It’s up to the player but we don’t wait until August. We need an answer if he will accept the contract or we sign a player.

If he leaves it so long you have doubts. I like to work with players who want to stay. I don’t know, it’s up to the player, he needs to make a decision.

Nice and simple. You’ve got a week. Either jump on the trolley or get busy moseying on.

Koeman really is a breath of fresh air when it comes to this kind of thing.