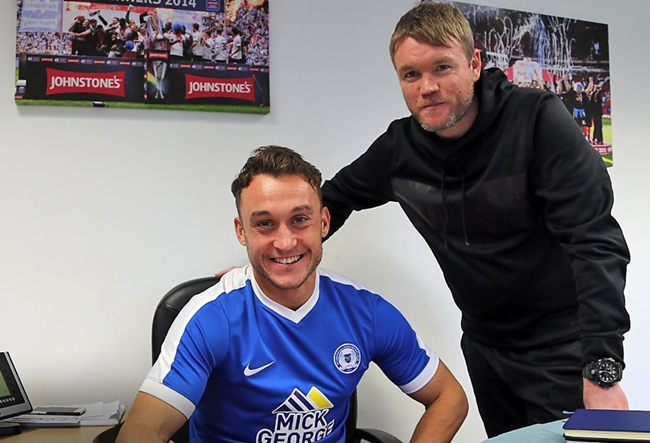 Peterborough United have confirmed that they’ve been forced to turn down a bid for a player they haven’t technically even signed yet.

A week or so back, Peterborough agreed a three-year contract with Dover Athletic striker Ricky Miller that would see the newly crowned ‘National League Player of the Year’ make the move as soon as his current deal expires this summer.

However, with Miller yet to formally complete the transfer, Posh were forced to fend off a £250,000 bid for the 28-year-old forward from an unnamed rival League One club.

That could have been the easiest stock transaction of my life. We turned it down. He’s a big part of my plans.

I want Ricky to win the golden boot possibly this year, in competition with any other strikers we bring in.

Miller, who was born and raised in Peterborough, has scored 42 goals this season, a whisker shy of half of Dover’s total overall goal haul.

With funds tight and the fervour to unearth the non-leagues’ next mega-bargain more intense than ever, it’s little wonder they’re already swatting away offers.