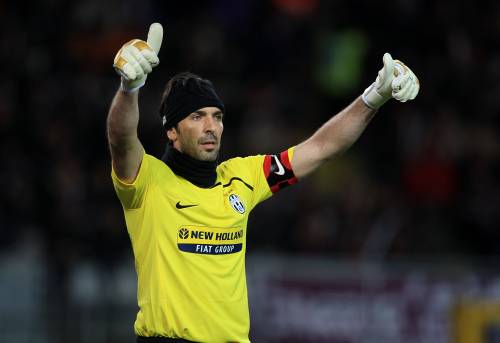 Juventus ‘keeper Gianluigi Buffon has given his biggest hint yet that a switch to the Premier League is on the cards in the not-too-distant future.

The 32-year-old stopper waved off speculation linking him with Man City last week, but in an interview with Sky Sports Italia, ‘Gigi’ admitted he could be tempted by a move to England;

“My will to leave Juve is the same as their will to let me go. At the moment, there are no offers, but anything can happen in the next two weeks.

Juventus has always been my priority. We shall see if it will be decided to proceed together. Should I leave, I think that a move to England would be my next destination.”

Personally, I’d love to see Buffon plying his trade England and, as he’s already dismissed Man City’s chances of signing him – despite their bottomless pot of gold – that leaves just three other options to my mind.

So will it be Stoke, Wolves or Wigan?