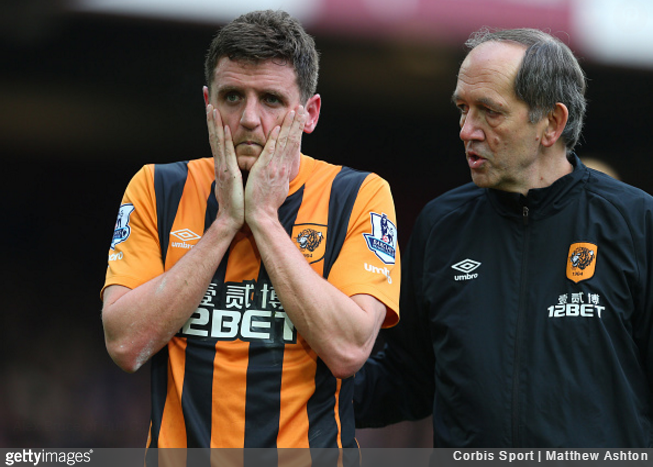 With relegation confirmed and a tilt at life in the Championship to gear up for, Hull City have confirmed that several players will be allowed to leave the club come the end of June.

The biggest name included on the Tigers’ ‘released’ list was that of long-serving defender Alex Bruce, who has been on the books at the KCOM Stadium since 2012.

📑 | Alex Bruce heads a list of players who will leave @HullCity once their contracts expire at the end of June https://t.co/GpE0NYf4E0 pic.twitter.com/9WpdRPmGut

Sadly, it would appear that five years of service wasn’t enough to earn Bruce a cursory heads-up about his impending fate.

Indeed, the 32-year-old was evidently forced to learn about his release after stumbling across the news on Twitter…

Thanks for letting me know!! All the best 👍🏼 https://t.co/1NhM6aUvls

Granted, he’s only made nine starts for Hull since the start of the 2015/16 season, but still…

Obviously a little professional courtesy was just too much to ask for.