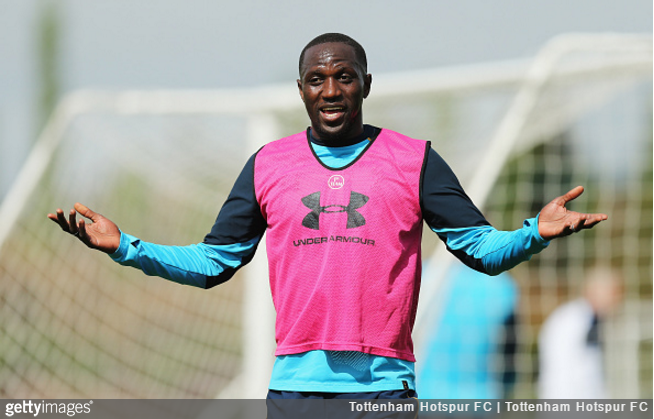 After a season in the Tottenham doldrums, Moussa Sissoko has spent the past few weeks taking stock and assessing his options.

Clearly unrated by Mauricio Pochettino, Sissoko has made just 8 league starts for Spurs since Daniel Levy chucked £30million at Newcastle for his services last August.

In a forthright interview with L’Equipe, the 27-year-old midfielder discussed his career grinding to a standstill thanks to his fallow year at White Hart Lane.

I fell from a high point this season. Even though I never thought I would play all the games (at Spurs), I was not expecting such a small amount of playing time.

It has been the worst season of my career even though as a team, it was certainly the best – so it’s weird.

As such, Sissoko is seeking honest and open talks with Pochettino so he knows exactly were he stands, and whether or not he should be looking for new means of employ over the coming months:

I would like him (Pochettino) to communicate better. I want a completely honest conversation to see what they plan to do, what they are seeing in terms of my future.

From that moment on, everything will be clearer in my head.

With an eye on the France 2018 World Cup squad, Sissoko is keen to get back to his one-note, head-down-and-run-quickly-in-a-straight-line best, whether that be at Spurs or elsewhere:

You can never be sure of anything. Once again, what I want is for everything to be clear.

If the manager is no longer counting on me, if he thinks that other players are better, then he should say it.

The idea is to be clear very early to allow, if I need to leave, for my agent to do good work…

Even if everyone knows that I prefer England, I have never closed the door to any league. We will see what the offers are, but Ligue 1 continues to be attractive.

We have seen this year with PSG and Monaco but also teams like Nice, Lyon and Marseille.

We will analyse everything and try to make the best choice.

We’re fairly sure we can answer his main query right here and right now.