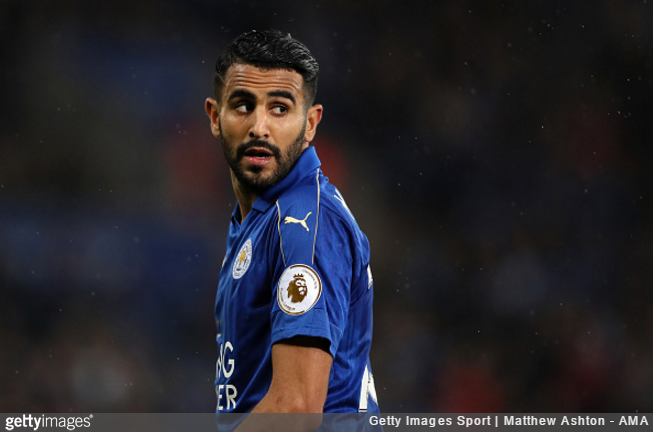 Riyad Mahrez has released a personal statement to confirm that he has, in effect, handed in a transfer request at Leicester City.

The Algerian midfielder scored 17 goals in the Foxes’ title-winning season of 2015/16, but managed just six this time out – his form bottoming out entirely before Craig Shakespeare’s mini-revival saw him muster up a few decent outings toward the end of the campaign.

However, after coming to a gentleman’s agreement with the chairman last summer, Mahrez is now keen to try his hand elsewhere.

Writing in his statement, the 26-year-old said (via BBC Sport):

Out of the huge admiration and respect I hold for Leicester I wanted to be totally honest and transparent.

I have informed the club that I feel now is the time for me to move on.

I had a good discussion with the chairman last summer and we agreed at that time that I would stay for another year in order to help the club as best as I could following the transition of winning the title and in the Champions League.

I’ve had the four best seasons of my career at Leicester and have loved every moment.

I feel immense pride to have been a part of what we have achieved during my time at the club, culminating in becoming Premier League champions.

The relationship I share with the club and our amazing fans are something I will treasure forever and I truly hope they will understand and respect my decision.

Where now? Well, Tottenham, Arsenal and Monaco have all been mentioned in passing, though the Daily Mail’s Laurie Whitell is adamant that Mahrez would prefer to stay in the Premier League.

£35million is the purported asking price. We can’t see Arsenal going that high, can you?