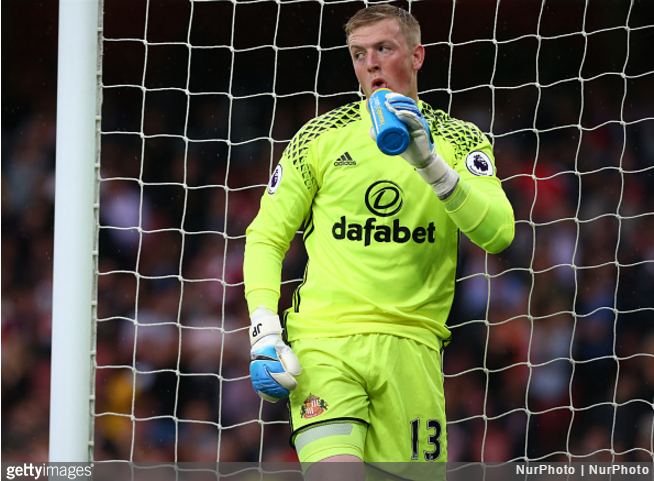 Everton have flinched first in the race to procure Jordan Pickford’s services from relegated Sunderland.

The 23-year-old goalkeeper was one of the few Black Cats players to emerge from their largely dismal 2016/17 season in credit, with a succession of Premier League suitors now keen to take him on.

According to the Liverpool Echo, the Toffees were the first to lodge an offer, but fell well short of Pickford’s ticket price by opening the bidding at just £8million.

James Hunter, Sunderland correspondent for the Chronicle, had this to say on the matter…

Report on Merseyside Everton had an offer £8m bid for Pickford rejected by #safc. First I’ve heard of it. More of an insult than a bid

We believe that’s what’s commonly referred to in the trade as ‘derisory’.

Everton’s reported offer appears to be only an opening gambit, with the Toffeemen apparently prepared to pay almost double that – £15million – for the youngster.

But even that sum would doom their efforts to prize Pickford away from Wearside to failure, with Sunderland understood to view their prize asset in the £30million-plus bracket.

With Joel Robles and Maarten Stekelenburg hardly proving sturdy, Everton could definitely do with bringing in a decent ‘keeper.

Whether they’ll be prepared to go all the way to £30million for one remains to be seen.