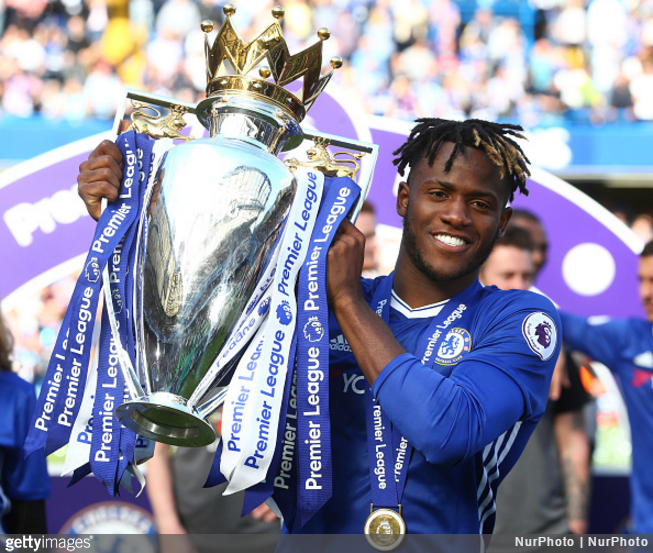 Michy Batshuayi has debunked an interview he apparently gave to the Belgian press in which he admitted he wouldn’t have a say in where Chelsea chose to send him on loan next season.

Despite signing for £30million last August and scoring the vital goal that clinched Chelsea the Premier League title, Batshuayi is likely to remain a bit-part supporting player at Stamford Bridge next year, with a season-long loan switch to West Ham being widely mooted.

The 23-year-old striker reportedly gave an interview to Het Nieuwsblad to gripe about his situation – and interview that was subsequently picked up by the Evening Standard and Squawka.

Honestly, I’m not trying to think too much [about my future].

It will be up to the board and the coach to decide. I’m the player, I go where Chelsea send me.

However, the man himself has since taken to Twitter to scotch the quotes, claiming that he never spoke to Het Nieuwsblad and has indeed spent the past few days rollicking about on a jet ski instead.

Sorry but I never had this interview lol I’ve been chillin on a jet ski for 3 days 🤔🤔 https://t.co/WKLDi4e3rh