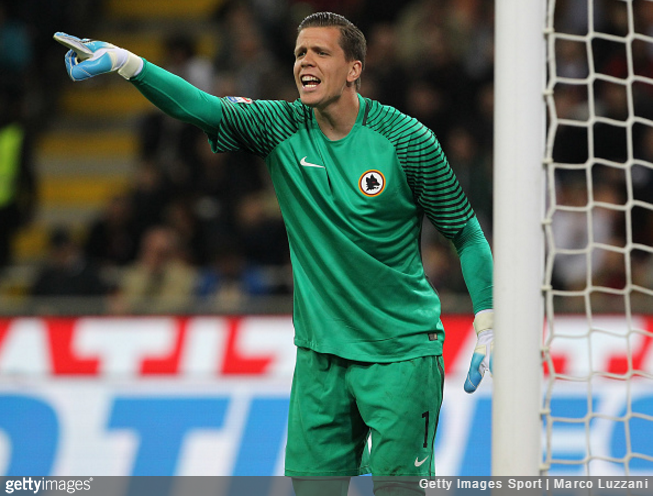 After spending the last two seasons on loan at Roma, it looks like Arsenal’s cast-off ‘keeper Wojciech Szczesny will be staying on in Italy for the foreseeable future.

Indeed, Sky Sports are reporting that Juventus have struck a €16million deal with the Gunners to sign Szczesny on a permanent basis.

The Italian champions have reached agreement with the Poland international over a four-year contract worth £3.5m per season.

The Serie A champions are keen to bring in Szczesny as back-up for Gianluigi Buffon after being impressed by the Pole’s performances.

However, nothing is concrete as yet with the 27-year-old stopper’s agent David Menasseh claiming he still intends to check in with Arsene Wenger to assess the lay of the land at his client’s parent club before signing off on the Juve transfer.

There is still no agreement with Juventus.

Szczesny has yet to talk with Wenger, who has been confirmed as Arsenal coach for the next two years.

Szczesny would presumably be No.2 behind Petr Cech next season but with David Ospina on the cusp of joining Galatasaray, he wouldn’t be any further down the pecking order at the Emirates than he would be at the Bianconeri.

Either way, a lot has changed over the past couple of years, with Szczesny morphing from an impulsive liability into an incredibly effective ‘keeper, registering more clean sheets (14) than anybody else in Serie A last season and boasting the second highest save rate in the entire league too.

Whether Arsenal choose to reintegrate him remains to be seen, but they could definitely do worse for an awful lot more money.