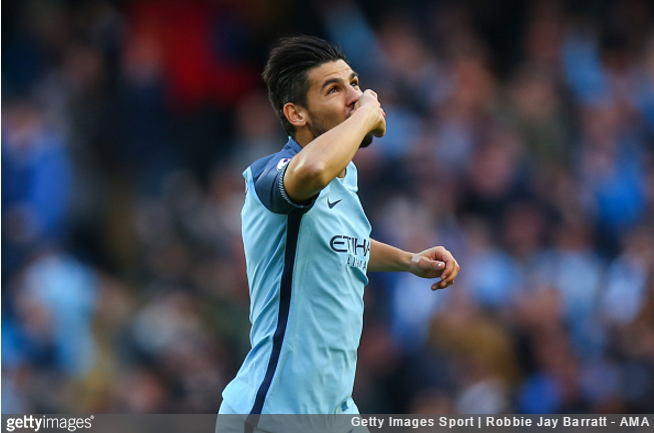 Unsurprisingly, Nolito is rather keen to move on from Man City this summer having played just 39 minutes of Premier League football since the beginning of February.

The Spanish forward has been heavily linked with a move to back to La Liga, with Sevilla said to be keen to engineer a season-long loan deal.

Indeed, it would appear that a move can’t come quick enough for Nolito, who has watched his daughter “change colour” after spending a year living in the rain-lashed, perma-night hellhole that is Manchester.

My daughter has a bad colour in her face and everything. It seems like she has been living in a cave.

Asked how he’d adapted to life in the north west, Nolito replied that he hadn’t:

The 30-year-old also admitted that he’s looking to get back to Spain at the soonest possible juncture:

I am under the contract (at City), so the club will decide, but I want to leave.

I haven’t played in six months. I will do everything possible to make the World Cup squad.

Yeah, yeah, we’ve heard it all before. These bloody foreigners, coming over here with their weird fetish for natural sunlight and their strange aversion to pale and sallow children.

They just can’t hack a bit of relentless inclemency, can they?