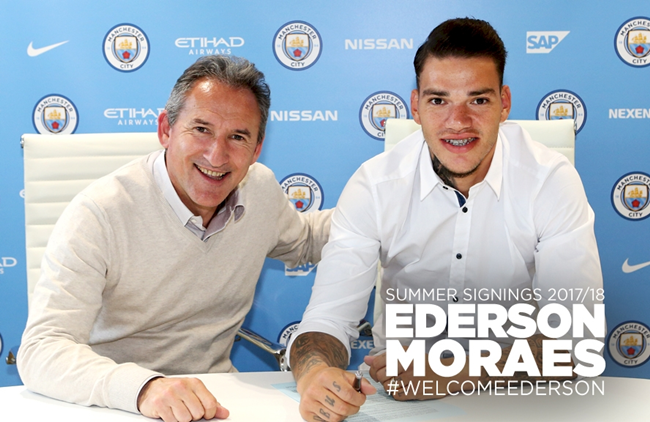 Just one week after Benfica broke the news to the Portuguese Marketing Commission, Man City have formally welcomed Ederson unto their bosom.

The Brazilian goalkeeper has moved to the Etihad in a €40million deal that will see roughly 50% going to third parties – such are the times in which we live.

Given the aforementioned delay, City chose to announce Ederson’s arrival in pithy fashion…

We know you’ve waited a long time, and so have the lads! 😂
Green light received! 🙌 #WelcomeEderson pic.twitter.com/U8Kg44fl2m

Weird, but Aleksander Kolarov appears to get younger when fed through an ageing app.

Surely somebody at the Institute of Human Molecular Studies needs to hear about this?