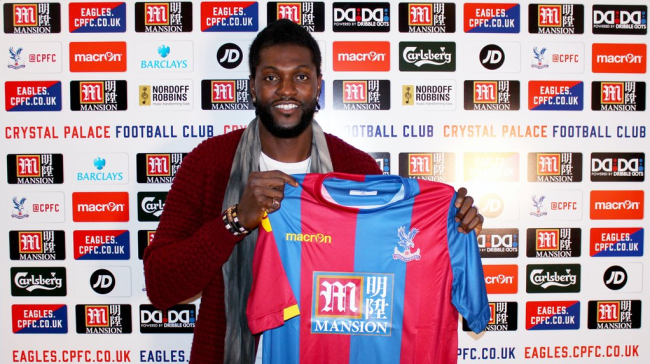 Ever-lovable scamp Emmanuel Adebayor has described his move to Crystal Palace last year as the “worst decision” of his career.

The Togolese striker joined Palace on a six-month loan deal in January 2016 but only managed nine starts for the club – scoring but once, in a 2-1 defeat against Watford in February.

I had some great experiences in England in clubs who are among the best in the country.

The only error that I made was to sign for Crystal Palace in January 2016.

I did it just to please my entourage, who were saying to me: ‘Manu, you have to start playing again!’

It was the worst decision of my career.

After failed to make the matchday squad for the final five matches of the 2015/16 season, Adebayor was release back into the wild by Palace to little fanfare.

He subsequently signed for Turkish side Instabul Basaksehir, for whom he fared a little better this season – scoring seven goals in 16 appearances, including a hat-trick against Galatasaray.