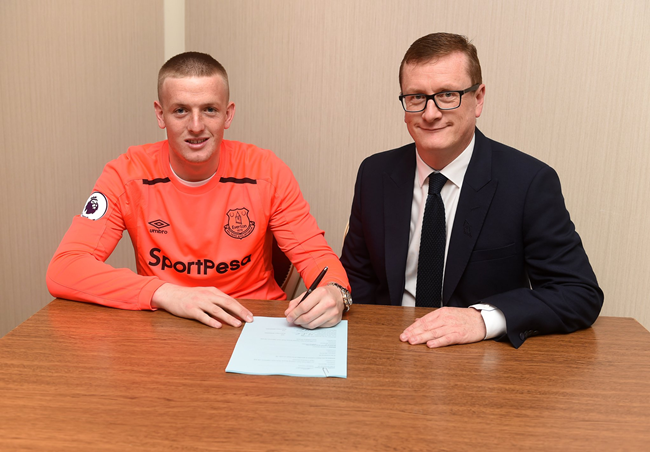 It’s been a tidy afternoon for the accounting departments of freshly-relegated teams, with the news that Everton have completed a £30million deal to sign Jordan Pickford from Sunderland.

The 23-year-old goalkeeper, Sunderland’s poor beleaguered player of the season last time out, has signed a five-year contract at Goodison…

🙌🏼 | #EFC have signed goalkeeper Jordan Pickford for a Club-record fee on a 5-year deal! #WelcomeJordanhttps://t.co/sozzcEO86r pic.twitter.com/2bSCRfL0Wa

The initial fee of £25million (rising to £30million with add-ons) makes Pickford the most expensive British goalkeeper of all time – not bad for a man who conceded 52 goals in 32 appearances last season.

He is now also the third most expensive stopper of all time, behind Ederson of Man City (£35million) and Gianluigi Buffon (£33million) and the second most expensive uncapped player ever – the first being Vinicius, the Brazilian foetus Real Madrid just paid £38million for.

Yes, we know what you’re thinking – the Premier League truly is a nonsense.