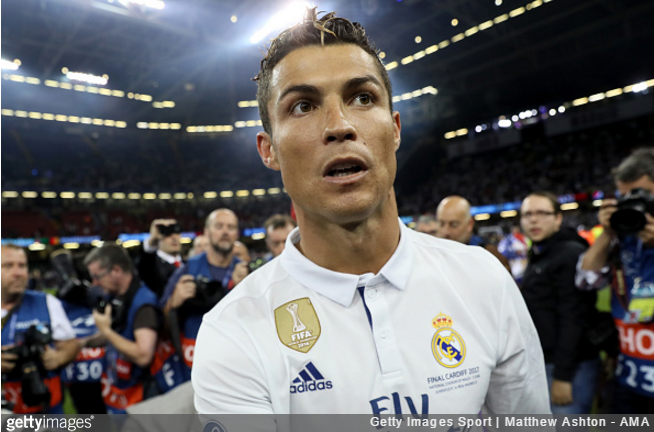 As you’ve probably heard, there is (highly spurious) word that Cristiano Ronaldo might just be on the market this summer having fallen out of love with the Real Madrid experience.

Of course, these whispers have sparked fervour among the elite European clubs, many of whom are now working behind the scenes to ascertain just how viable the prospect of luring Ronaldo into their midst would actually be.

A grand return to the familiar surrounds of Manchester has been mooted, but alas the obvious contenders have already ruled themselves out of the running…

We can confirm we won’t be holding talks with Cristiano Ronaldo 😉 #BWFC https://t.co/dw4Z9p76qR

However, despite the dream move to Bolton being scotched at source, Ronaldo still has other irons in the fire with the German third division emerging as a potential destination of interest.

Indeed, Fortuna Koln, who finished 16th in 3. Liga last season, have plonked a rather alluring offer on the table for the Portuguese superduperstar.

Unable to match the £325,000 he receives every seven days at Real, Fortuna have sought to supplement Ronaldo’s income with an alternative sweetener – specifically a lifetime supply of Kolsh, the local ale of choice…

Hey @Cristiano, we’re still looking for a striker-we don’t have money, but we can offer you free Kölsch for life 🙌🏻🍻⚽️ #ronaldo #fortuna pic.twitter.com/SzlaDoMfvQ

Hey, if Ronaldo’s not enticed – in all honesty, he doesn’t strike us as a pilsner man – then we here at Pies are perfectly willing to pick up the slack.