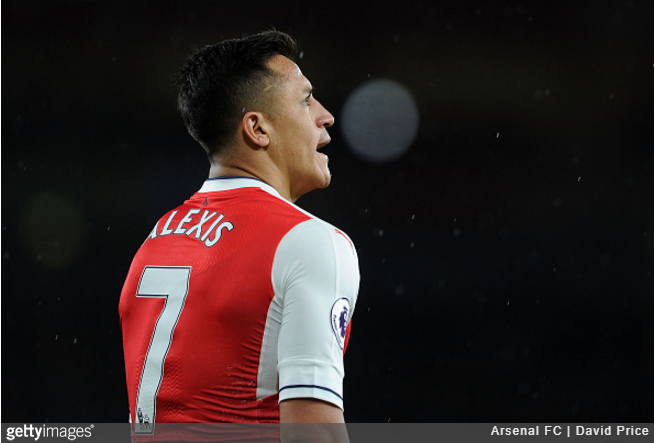 Bayern Munich president Uli Hoeness has effectively ruled the club out of the running to sign Alexis Sanchez this summer, declaring that the Bundesliga champions can’t afford to go spending silly money on players that are knocking on 30 years of age.

Bayern have already squirrelled away four new signings since the end of the season, with Corentin Tolisso, Serge Gnabry, Niklas Sule and Sebastian Rudy all joining the flock.

However, it would appear that the further acquisition of a marquee signing is of no interest.

I fully support what’s been done (in the transfer market) so far — it’s highly satisfactory and it all makes sense.

Sule, Rudy, Gnabry and Tolisso are players with huge potential for the future.

As chairman of the supervisory board I’m very pleased with our transfer policy up till now, because it was implemented with great care.

So, Arsenal fans breathe a collective sigh of relief.

However, it’s being reported in the Guardian that Man City are “very confident” about pilfering Sanchez over the coming weeks, with some sources even suggesting that the club already have the Chilean’s agreement.