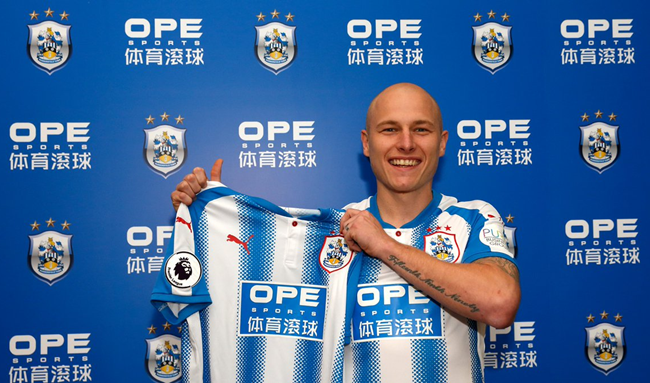 Huddersfield Town have begun gearing up for their first ever season in the Premier League by obliterating their transfer record to sign Aaron Mooy on a permanent deal.

The 26-year-old bald bullet, who spent last season on loan at the John Smith’s Stadium, has signed from Man City in an £8million deal that could rise to £10million should certain “additional contingencies” come into play…

Mooy, who incidentally is now the most expensive Australian footballer ever, is still an absolute bargain at the full £10million with the dynamic central midfielder looking a cut above in the Championship last season.

The deal also represents sound business for Man City, who paid feeder club Melbourne City bugger all for Mooy last August, sent him out on loan for a year and reaped a hefty windfall at the end of it.

Should you be wondering, Huddersfield’s previous transfer record was the £1.8million they paid 1860 Munich for Christopher Schindler in June 2016. That’s the magic of TV money for you!

On a big day that saw them unveil their new kit and shirt sponsor, the Terriers have also announced that head coach David Wagner has today signed a new two-year contract extension too.