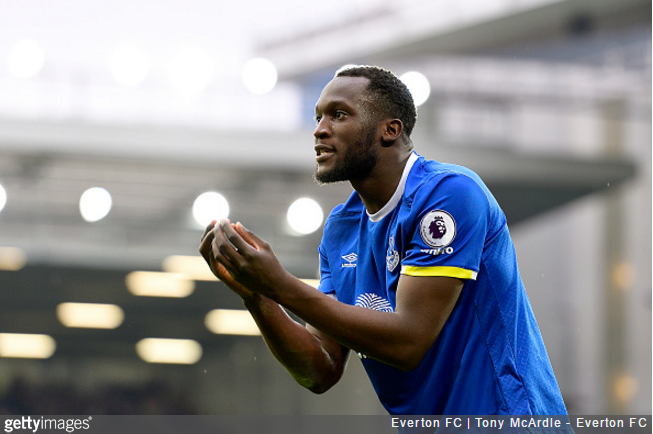 Already one of the close-season’s most tedious transfer yarns, the immediate projected career trajectory of one Romelu Lukaku only promises to get more and more cortex-numbing as the summer drags on.

He might stay at Everton, he might end up back at Chelsea, he might stray off into parts unknown, but it’s the fact that Lukaku and his agent refuse to commit either way that has begun to chafe with the Goodison faithful.

Indeed, it looks like one Everton fan has had quite enough of the Belgian’s dilly-dallying, taking it upon himself to list the striker for sale in the classified section in today’s Liverpool Echo newspaper. 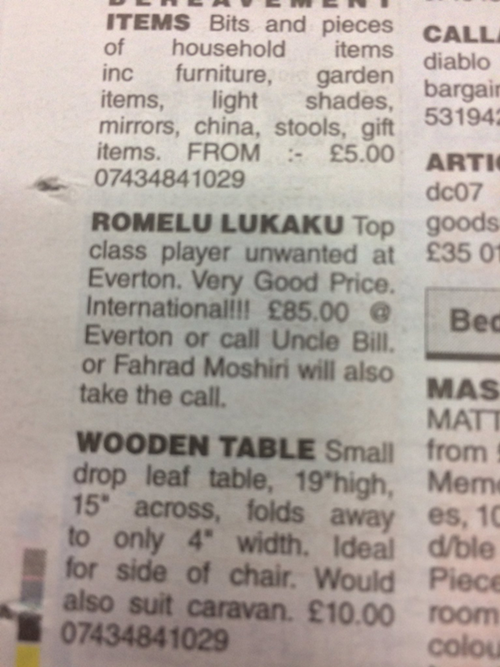 A retro spin on the ‘player X gets listed on Ebay’ template.

Pies definitely approve, but we refuse to go as high as £85.

That drop-leaf table on the other hand…