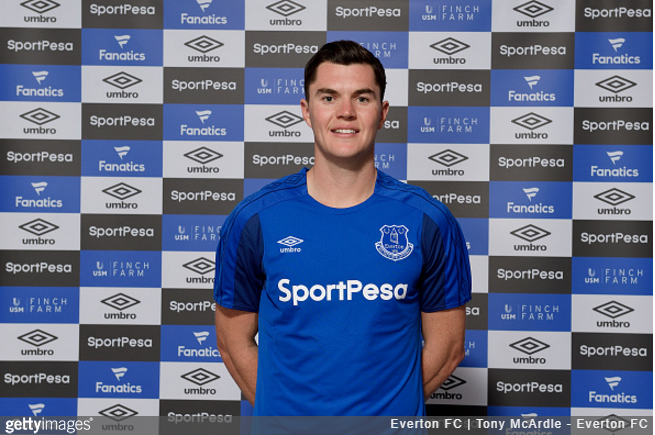 Michael Keane may have seen his £30million move to Everton go through yesterday, but it’s nice to know that the centre-half is leaving Burnley on good terms.

Indeed, after spending the past three seasons at Turf Moor, Keane made sure to emit a sincere farewell message to everybody at the club before going on his merry way.

Issued through the club website, the 24-year-old defender signed off with a heartfelt statement:

Firstly, what a tough decision it has been to leave this amazing football club.

I can honestly say I have had the best three years of my life here, on and off the pitch!

I have had a lot of special moments while playing for you, notably my two goals against Brighton and Middlesbrough in the Championship winning season.

Of course, we created history as a team last season by staying in the Premier League and by playing regularly it helped my dream come true of playing for England.

I will never be grateful enough for the work Sean Dyche, Ian Woan, Tony Loughlan and Billy Mercer have done with me on a daily basis to get me to this point in my career.

The gaffer showed a lot of faith in me three years ago, when it could have been easy for me to stay at United and look for an opportunity there.

He convinced me to come to Burnley and develop under his guidance and I put that down as one of the best decisions I’ve ever made, so thanks gaffer!

I also want to say thanks to all the backroom staff, of which there are too many to name: strength and conditioning coaches, analysts, nutritionist, physios, chef, media team and Bumble!

As for my team mates, I can honestly say I’ve never enjoyed playing with a group of people more.

They have the never-say-die attitude and the talent to go with it. From day one they welcomed me into the group and I have made friends for life with them all and will miss seeing them every day.

Finally, the fans. You have been amazing with me and the team since day one through low times and the many successful times we have had together.

That support is what drives the team on and there are many games where we feel you helped push us over the line.

Even when we were struggling away from home last season you continued to travel to every game and sing your hearts out for us and we thankfully rewarded you with a win at Palace!

Burnley Football Club will always have a special place in my heart and I wish you all the best for the upcoming season. I can’t wait to play at Turf Moor again in March!

Burnley then rounded things off by thanking Keane for his contribution and wishing him well in his future endeavours. No bad blood, no acrimony, just a respectful parting of ways.