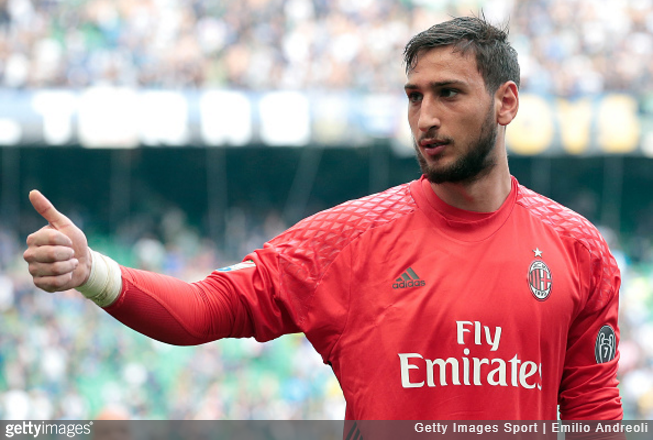 After weeks of wrangling, Gigio Donnarumma has reportedly agreed a new five-year contract to stay put at AC Milan.

With a word in his ear from agent Mino Raiola, the 18-year-old goalkeeper turned his nose up at an improved contract offer from Milan last month, instead opting to tout his wares around Europe’s elite in a bid to leverage more money out of the Rossoneri.

PSG were known to be interested and even slapped a frankly astounding €13million salary on the table but, as per Sky Sport Italia reporter Fabrizio Romano, Donnarumma has since rejected the Ligue 1 club’s advances and instead accepted an offer of roughly half that amount from his current club.

rejected an offer from PSG that was worth double what Milan have agreed to pay him.

Not that Donnarumma will be struggling to pay the gas bill, mind you.

In fact, this new €6million-a-season wage means the teenage stopper is already earning more than Gianluigi Buffon currently does at Juventus (€4million per annum).

Indeed, Donnarumma is now the third-highest paid player in all of Italy, behind only Gonzalo Higuain (€7.5million) and Daniele de Rossi (€6.5million) of Juve and Roma respectively.

Say what you want about Raiola, but he certainly knows how to get his clients paid top whack – though usually utterly regardless of the personal cost.