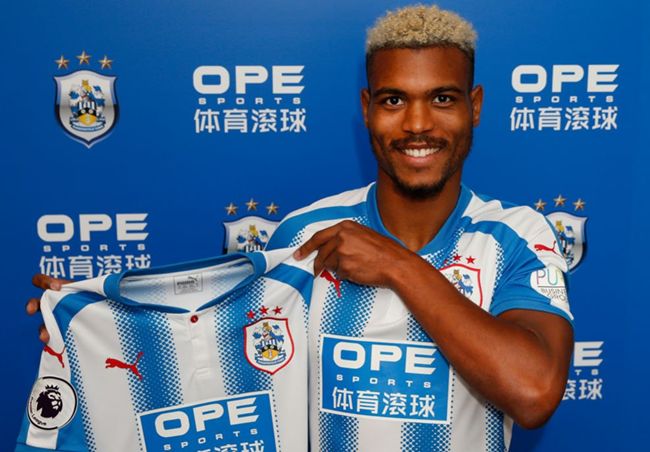 By ‘eck, Huddersfield Town are going for it in terms of fleshing out their squad for their first ever tilt at a Premier League season.

The Terriers have broken their transfer record for the third time in five days to sign Steve Mounie from Montpellier for a fee reported to be in the £12million area.

The Benin striker, who scored 14 goals in 32 appearances in Ligue 1 last season, has agreed a four-year contract.

So that’s three transfer records broken, £31million spent and Aaron Mooy, Tom Ince and Steve Mounie (who we can’t pretend to have ever heard of before) to show for it.

Gulp. Doesn’t look overly hot once written down, does it?