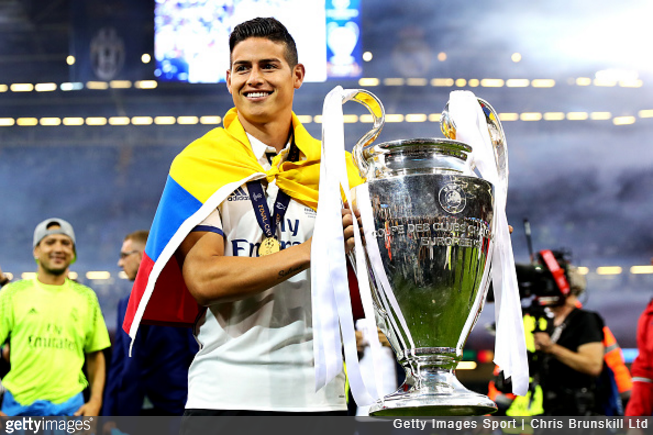 His name’s Bond, James Rodriguez, and he’s just signed for Bayern Munich from Real Madrid in a slightly unorthodox arrangement.

The Bavarians broke the news via a club statement issued this morning, confirming that the Colombian has joined them on a two-year loan…

According to BILD, James will cost them €5million per season (wages not included) after which, in 2019, they will have the option to buy him outright for €35.2million.

After seducing everybody with his talismanic performances at the 2014 World Cup, it’s easy to think of the attacking midfielder’s subsequent three-year stint at the Bernabeu as something of a wash-out.

However, he still managed to make 111 appearances, scoring 36 goals and prof erring forth 41 assists despite never fully attaining first-pick status – and he’s still only 25 too.

Bayern might have just got themselves an incredible bargain, as if that squad needed any further strengthening!