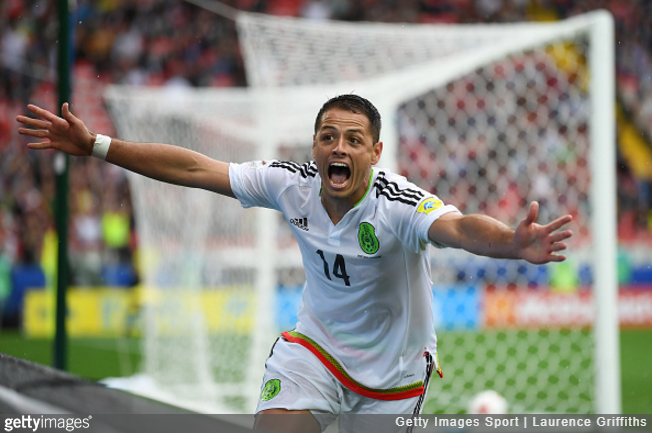 Gird yourselves, but West Ham might just be on the verge of making a half-decent signing that represents half-decent value for money.

According to Sky Sports’ transfer hobbit Kaveh Solhekol, the Hammers are working towards a deal to sign Javier Hernandez from Bayer Leverkusen and that the £13million transfer could go through “within the next seven days”.

On a more concrete footing, Leverkusen sporting director Rudi Voller has confirmed today that he has received “several enquiries” about Chicharito, who is moving into the final year of his contract at the Bundesliga side.

Because of his qualities he is interesting for several clubs, and we often receive enquiries.

We are relaxed about this, and something could still happen at a later stage.

One of those interested parties is said to be Chelsea, though West Ham are confident of swaying Hernandez into their waiting bosom by chucking staggeringly vast wages at him.

The Mexican striker, who we are informed is now 29 despite not looking any older than the day he left Manchester United, rattled off 26 goals in his first season with Leverkusen, though his second season only produced an overall tally of 13 goals from 36 appearances.

Still, £13million in the current climate still sounds like a bargain to our ear, even if the Hammers do only coax one decent goalscoring term out of him.