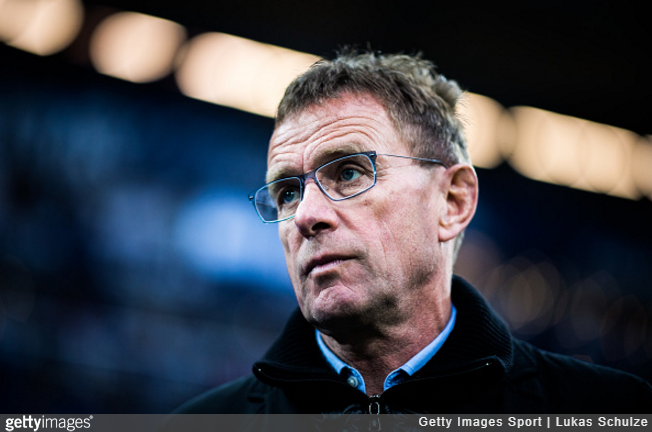 One of the more tedious transfer yarns of the summer has taken a turn for the sour, after RB Leipzig sporting director Ralf Rangnick let some very dubious comments about Liverpool target Naby Keita slip yesterday.

Discussing Leipzig’s reluctance to part with Keita, Rangnick claimed that the club were not only fending off pressure from Liverpool, but also from “a whole village in Guinea” who are, at least in Rangnick’s mind, attempting to coerce Keita into chasing the money.

Speaking at a coaching seminar in Bochum on Wednesday, these are the very words that Rangnick uttered:

There should be someone who points them into the right direction.

The boys themselves are not the problem here. It is their surroundings. A whole village in Guinea or somebody from their entourage tells the players why they must do something right away. I can’t blame the players.

I expect them to play for us next season. Both are extraordinary players who make the difference for our team.

Of course, it didn’t take long for the scorn to start pouring in, with ex-Hull City defender (and former Guinea international) Kamil Zayatte branding Rangnick a racist before telling him to shut up and do his job…

It was also reported that Keita’s representatives were considering whether or not to respond to Rangnick about his comments, but nothing has been forthcoming as yet.

However, the Leipzig director has since attempted to clarify his comments and, as you may have guessed, promptly dug himself further into a hole.

According to Guardian football scribe Ed Aarons, this is the justification the 59-year-old proffered forth the following day:

Many players with an African backround, and I’ve met a lot of them, there is a clan and sometimes a whole village that feeds with the help of a player.

And there are people who demand that he has to change, that is so.

Believe me, my knowledge of geography is sufficient to distinguish Guinea from Africa.

That frenzied scrabbling sound you hear is RB Leipzig’s entire PR department desperately trying to get in touch with Rangnick to ask him to stop talking.

Whether or not all this palaver will have any effect on Keita’s proposed move to Liverpool remains to be seen, but what is certain is that it won’t have helped the Bundesliga side’s cause.