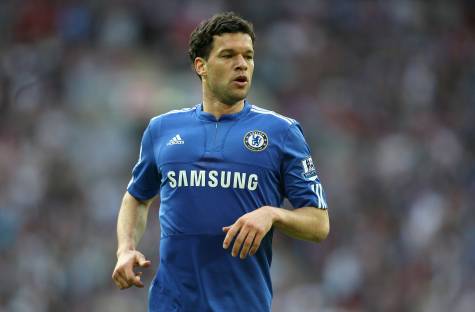 Schalke 04 have expressed a strong interest in taking Chelsea midfielder Michael Ballack back to the Bundesliga, should the 33-year-old chose not to re-new his contract at the end of the current season.

Schalke’s coach Felix Magath has been quoted in today’s Berliner Kurier as saying;

“We are indeed interested in signing Michael Ballack. I’m confident that he’s ready to accept a pay cut if he decides to return to the Bundesliga this summer.”

However, Die Königsblauen may face competition for Ballack from Italy, as reigning Serie A champions Inter Milan are also known to be monitoring the veteran German international’s situation at Stamford Bridge.

In other Chelsea news, French striker Nicolas Anelka is reportedly ready to sign a two-year contract extension that would tie him to the club until 2013.