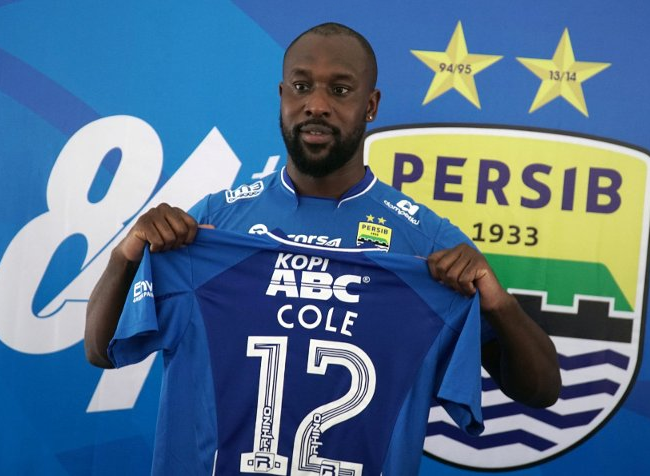 Carlton Cole only signed for Persib Bandung a matter of months ago and already the Indonesian side are exploring the option of terminating his contract.

The Persib management have reportedly either fired or are about to fire Cole for what they have branded a run of “very bad” performances.

Head coach Umuh Muchtar is supposed to have told local reporters (via Squawka):

He (Cole) plays very badly compared to other foreign players who have joined Persib. He had the worst performance.

It’s the management’s decision to dismiss him, we will have a new player in the second round of the season.

Indeed, the 33-year-old striker has failed to score in any of his five appearances in Indonesia Liga 1, having signed on a 10-month contract back in March.

Persib, who also boast Michael Essien among their squad, are currently languishing in 14th place, two rungs off the bottom of the pile.

Technically, it actually went down as a Danny Devine own-goal but our Carlton still did all the hard work.