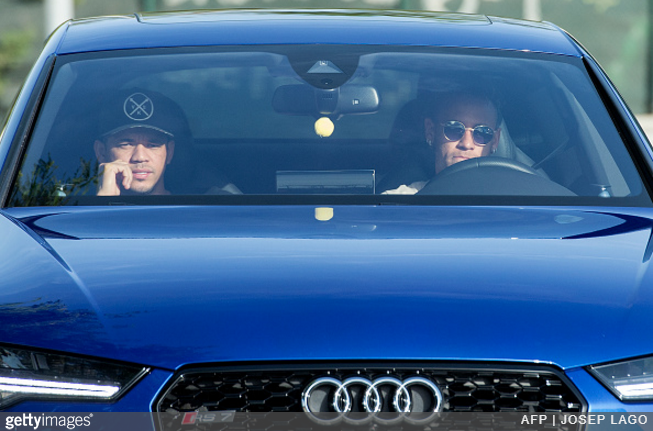 It would appear for all the world that Neymar’s increasingly tiresome ‘shock’ transfer from Barcelona to PSG is finally gearing up to go through.

Indeed, Barca have taken the unorthodox tack of officially confirming that the Brazilian forward shirked training at the Joan Gamper centre this morning.

Neymar was photographed driving into the car park (see above) but didn’t take part in the subsequent session and left 30 minutes later, leading many to speculate that he was simply saying his goodbyes before scuttling off to Paris.

The Guardian add that a monstrous five-year contract will be there waiting for him, with PSG now working through the fine print before they officially trigger Neymar’s £196million release clause.

Dear PSG, the sooner the better.

Sincerely, the rest of the waking world.