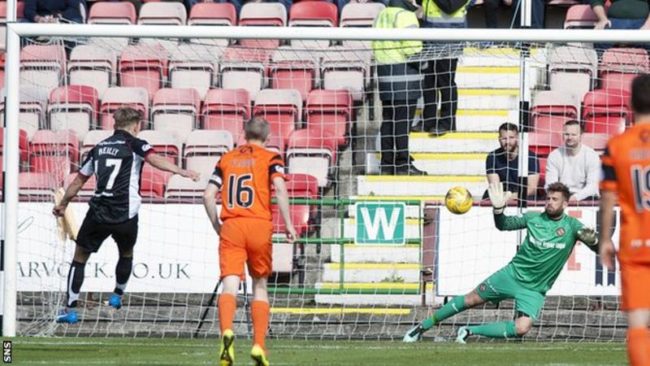 Just as you might whack your old W-reg Vauxhall Corsa up on Gumtree in the hope of a quick sale, Dundee United have harnessed the power of social media to flog off their old goalkeeper.

Cammy Bell made 49 appearances for the Tangerines last season, notably saving three penalties in one half of one of them, but that hasn’t stopped the club from putting him up for sale… via their official Twitter account… 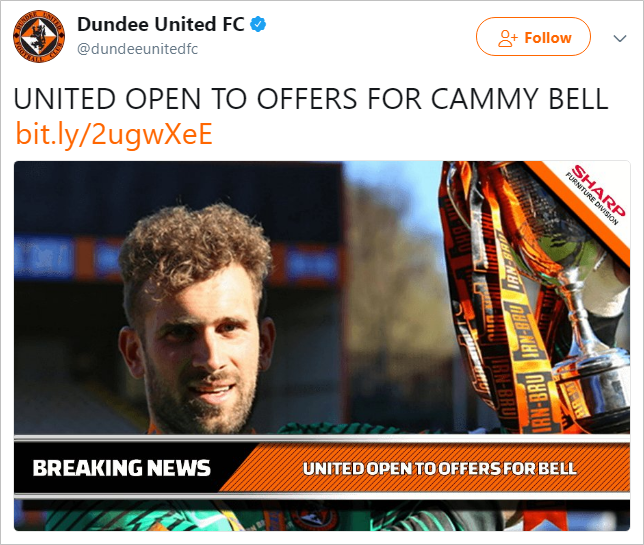 In the Tweet, the club have linked through to a small classified advert for Bell, which reads:

Dundee United announced on Tuesday that they would listen to offers for goalkeeper Cammy Bell.

The 30-year-old has one year left on his contract and last season played 49 times for the Terrors.

He captained United as they secured the Irn-Bru Cup in March 2017.

Any interested parties should just drop them a DM.