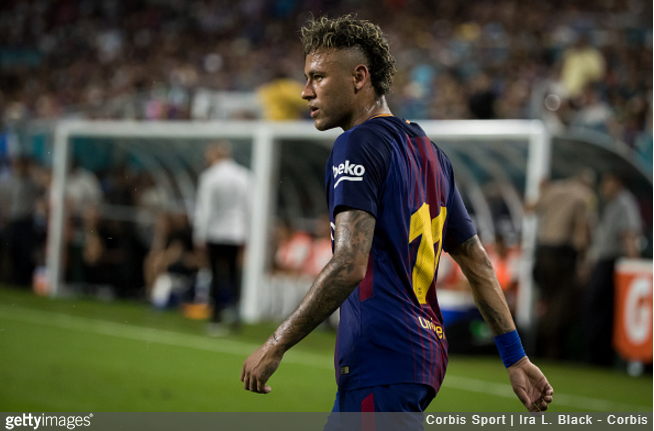 Neymar’s imminent £198million move from Barcelona to PSG has hit a very minor, minor snag in that La Liga are flat-out refusing to accept the Ligue 1 club’s payment.

La Liga are protesting against PSG exploiting what they have called “financial doping” to purloin one of their biggest stars, blocking the payment on the grounds that it violates UEFA Financial Fair Play (FFP) rules and it just isn’t bloody fair.

That sound you hear is the unmistakable whine of snivelling hypocrisy.

La Liga issued a statement confirming that five lawyers representing Neymar arrived at their headquarters in Madrid on Thursday morning with a bank document – effectively a cheque from PSG to activate the Barca striker’s release clause.

However, the Spanish officials turned them away just 25 minutes later, as Barca continue to rail against UEFA for allowing state-owned clubs (PSG) to dictate the market.

Basically, it’s all fine and dandy when Barca and Real Madrid can cherry-pick their players from hither and thither (and hold a vast monopoly over domestic television broadcast money, etc, between them) but it’s illegal and fundamentally damaging to football when anybody else attempts to do likewise.

Need we remind you that Barca reportedly circumvented several UEFA rules, evaded taxes, moved money around, snuffed out interest from other clubs, made illicit payments and provided a wide array of illicit kick-backs for his agent (his father) when they signed Neymar from Santos in the first place?

Seriously, f**k everybody involved in this hideous transfer.