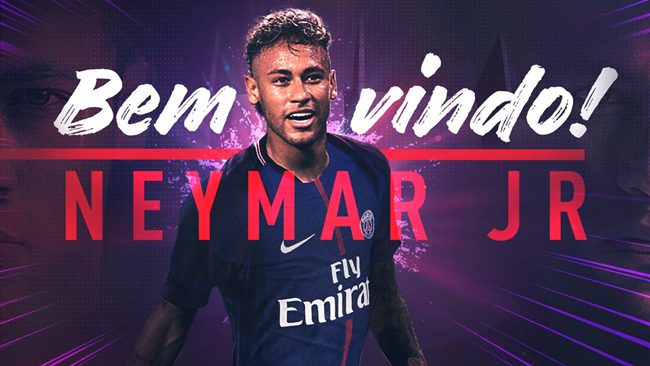 We sincerely doubt it’s the last we’re going to hear on the matter, but PSG have this evening confirmed that Neymar is officially under their employ.

In fitting style, the Ligue 1 side formally announced the Brazilian’s arrival with a series of cheap, crudely Photoshopped images and a smattering of naff videos…

Incidentally, PSG’s Twitter feed is currently chock-full of messages from Neymar’s sponsors (Beats by Dre, Coca-Cola, EA Sports, etc), all wishing him well on his new adventure. That’s what this is really all about.

For the record, Neymar has signed a five-year deal with PSG worth £450million in total, netting himself a weekly wage of around £515,000 after tax.

He’ll score shed-loads of goals, break all Zlatan Ibrahimovic’s records and still it will all feel hopelessly hollow.