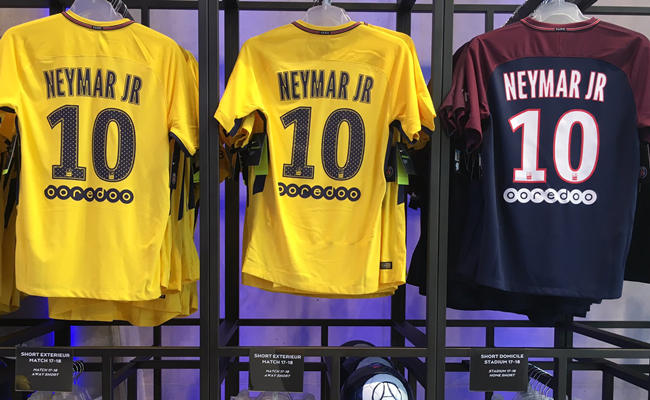 It kind of sneaked under the radar, but PSG signed Neymar from Barcelona last night for a world record £196million transfer fee.

As soon as the deal was finalised, the Parisian club went big on social media, churning out a deluge of various flashing images and crude Photoshops to welcome their new Brazilian investment unto their fold.

For reasons only known to themselves, Roma also attempted to shoehorn themselves into the equation, replying to PSG’s ‘Welcome Neymar’ tweet with a version of their very own – and completely unhinged it was too…

Pies kind of understand that Roma’s reference to the ‘Player Announcement Cup’ is a side-swipe at all the oneupsmanship we’ve seen various clubs engage in over the summer to reveal their new signings in increasingly creative and esoteric ways – a phenomenon in which Roma themselves are complicit.

Beyond that, we’ve got no earthly clue as to what they’re banging on about here – bizarre masks, kidnaps, grizzly murders, freak tornados, gunning down Edinson Cavani with an AK-47?

Are you okay, Roma? Is there somebody we can call?

UPDATE: It would appear that Roma have borrowed the bones of this video from their deadpan unveiling of Aleksandar Kolarov…

Indeed, we’re not sure if that makes the point of the Neymar thing any clearer.