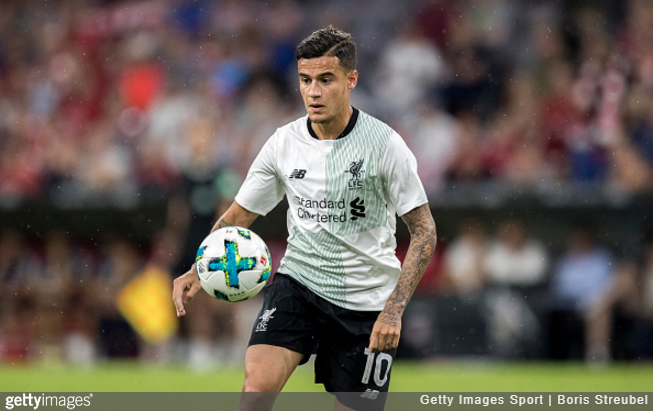 Depending whose sources you chose to believe, Philippe Coutinho either has or indeed hasn’t handed in a transfer request at Liverpool in order to force through a €100+million transfer to Barcelona.

Things are beginning to get fraught, especially in the wake of Fenway Sports Group’s succinct ‘‘All Offers For Coutinho Will Be Filed Under ‘Bin’‘ statement issued earlier today (Friday).

As of mid-morning, the official stance from Liverpool was still an adamant rebuttal of any and all speculation.

However, skip forward a couple of hours and all that appears to have changed…

Coutinho has now informed #LFC that he wants to leave

Indeed, whispers from anonymous sources inside the club – overheard by ESPN FC’s dedicated Liverpool correspondent Glenn Price – seem to suggest that Coutinho wants out and is prepared to force the issue:

Phillippe Coutinho has submitted a transfer request as he looks to move to Barcelona, a source has told ESPN FC.

From the outside looking in, it seems that Coutinho is reluctant to leave Liverpool in the lurch so abruptly, but he’s also dead-set on seizing his chance to fulfil his dream of playing for Barcelona.

After all, the opportunity might not come up again in the span of a short career. The planets have aligned for him.

Honestly, we can only see this being resolved one way.