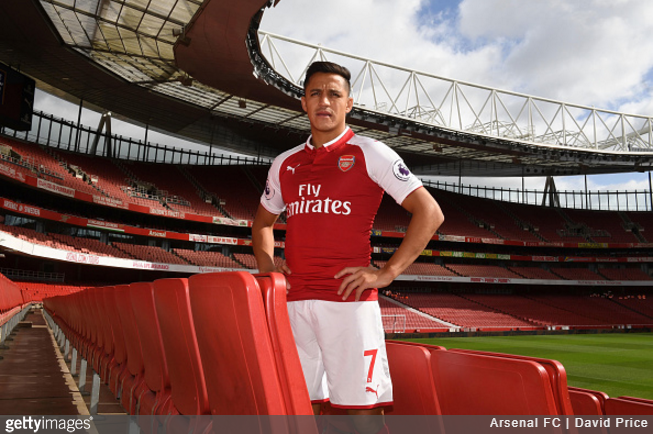 After sitting out of Arsenal’s Premier League opener against Leicester City with a dubious ‘abdominal strain’, Alexis Sanchez has caused yet another ripple of consternation among concerned Gooners by Tweeting from Paris.

Having done little to dispel rumours, Sanchez has been strongly linked with a move away from Arsenal for months now, with PSG rumoured to be among the chasing pack.

And so it’s perhaps understandable that an otherwise innocuous tweet aimed at pop star Richard Marx on Sunday afternoon raised a few quizzical eyebrows, largely as the Chilean forward forgot to hide his geo-tag…

Sanchez then quickly deleted the tweet, re-posting the exact same message (but without the geo-tag) roughly four minutes later.

Of course, what Alexis Sanchez gets up to in his spare time – and where – is his business, but four minutes is as about as long it took for scores of Arsenal fans to fly into a collective tizzy.

We ask you: What’s the world coming too when a guy can’t just invite an 80s power balladeer for a friendly kick-about at the Emirates without getting harangued for it?