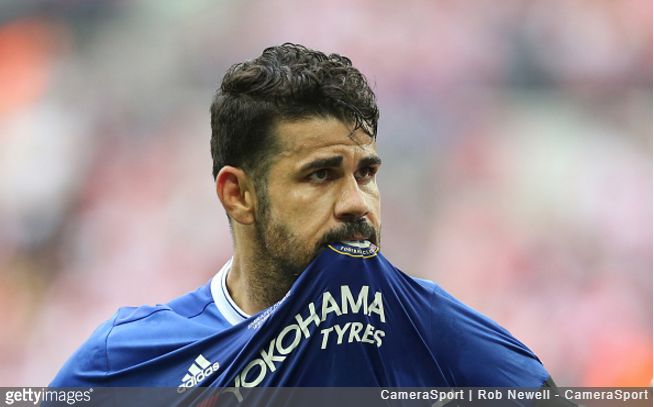 Diego Costa has gone on record as saying he has no intention of returning to Chelsea and is instead hell-bent on rejoining former club Atletico Madrid at the nearest available juncture.

Despite the season starting a fortnight ago, Costa steadfastly failed to report back and is currently training privately in his hometown of Lagarto, Brazil.

Atleti are currently under transfer embargo until January, but Costa doesn’t care one iota. He’s aching to get back to Spain.

Indeed, the Daily Mail doorstepped the 28-year-old at his home on Sunday and remarkably found themselves invited in for an impromptu interview, during which the AWOL striker claimed he’s being treated “like a criminal” by Antonio Conte.

I’ve said ‘If the manager doesn’t want me, the team I want to go to is Atletico Madrid.

Of course, this being the same manager who infamously sent a text message to Costa at the tail end of last season to inform him that his services were no longer required.

Sure enough, Costa has followed up on his informal chat with the Mail by releasing a statement to the press on Thursday to solidify his stance (via the Telegraph):

My destination is already made. I must return to Atletico Madrid.

It turns out that there is the impasse that Chelsea does not want to release me. But I believe that this situation will be resolved now on my return to Spain.

I have rejected other offers. They want to sell me to China or other teams.

If I’m off, I’m going to the club I want to go to – not the club that’s paying the most.

I want the deal with Atletico resolved this month. My idea would be to go to Madrid, train there, get in the best physical shape and be ready to fire ahead of the World Cup.

Call it a hunch, but something about all this hints to us that Diego Costa really wants to return to Atletico Madrid.

While we’re loathe to defend a player for downing tools, Chelsea really deserve every minute of misery Costa causes them given the ugly, callous way they attempted to discard him – their top goalscorer in a title-winning season.