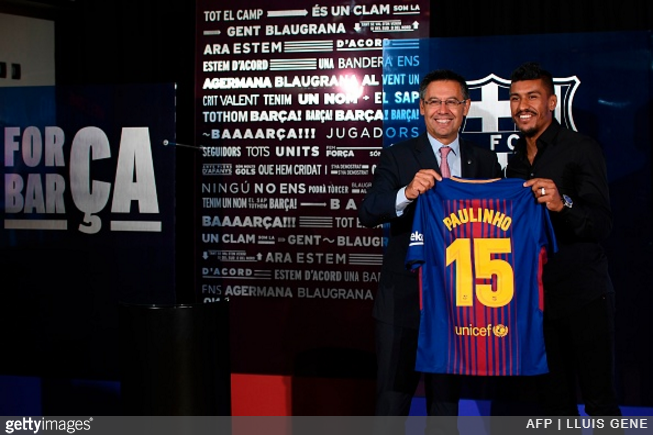 It’s fairly safe to say that the majority of Barcelona fans are ever so slightly underwhelmed about their club decision to spend €40million of The Neymar Money™ on bringing in his compatriot, Paulinho, from China.

After leaving Tottenham under a cloud, the midfielder spent two years looking comparatively godly in the Chinese Super League with Guangzhou Evergrande before sealing a shock move to Barca last week.

Sadly, the Culos’ fears were hardly allayed when he attempted to dazzle them with his keepy-uppie prowess at his grand Camp Nou unveiling today…

Bugger. Nearly broke his own record there but the sixth juggle just got away from him.

Nothing like starting how you mean to go on, eh?