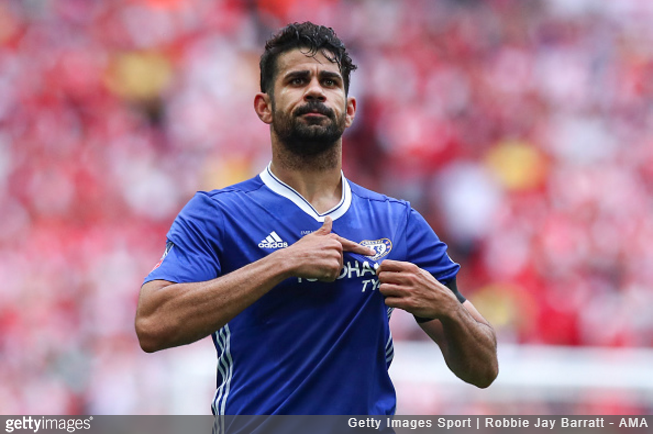 After being informed via text message a couple of months ago that he was no longer part of Antonio Conte’s plans, Costa has hunkered down in his hometown of Lagarto, Brazil, where he apparently intends to remain until his demands are met.

The 28-year-old striker issued a statement on Thursday outlining his position, declaring that his “destination is already made” and that he “must return to Atletico”.

Friday morning then saw a new Costa screed emerge on the back of an interview with ESPN Brazil.

I’ve demonstrated I care for Atletico and have interest in playing for them.

But if Atletico and Chelsea don’t come to an agreement and Atletico don’t make a big effort, I can’t keep on wanting to play for a club that isn’t going to make a bigger effort to try and sign me.

I know that this [big effort] will happen, but if it’s to pay the amount that Chelsea want it won’t be possible.

Costa then hinted that Atleti have prepared a provisional offer for him, and that it is higher than the £32million Chelsea originally paid to sign him from the Spanish side in July of 2014.

What I know is that this offer Chelsea will get is bigger than what they paid, so I’ve given them something back in all senses.

Castelo-Branco then asked just how much Chelsea are holding out for, to which Costa replied:

I don’t know, but my agent said that Chelsea want something that Atletico can’t get near.

When we heard that Conte didn’t want me anymore, my agent went to find out if there was interest from Atletico for me coming back.

They showed interest. But they wouldn’t pay a fortune. Atletico is a team growing every year, but they can’t pay an extraordinary amount.

Asked if it would now be impossible to return to Chelsea, Costa revealed just how deep the schism has come to run:

I’ll be honest, I have my agent and none of that [negativity from inside the club] has reached me. People at the club called me before to give me extra holidays to not have contact with the manager.

I was always meant to turn up with the group, but they were already saying that I’m going to have to come back and train with the reserves. I said that this was a lack of respect. We won the league and I haven’t done anything so serious to deserve being treated in that way.

[The relationship between me and Conte] won’t be the same as before, and we don’t know if the fight for the position will be fair.

Because of me having exposed the [text] message I understand that he’ll be annoyed, so if I go back I have to see if things would be clean, just and correct.

That’s how I like things. If I go back now I don’t think it will be a fair situation. It won’t be an honest fight for a place [in the team].

What a dreadful hash Chelsea have made of cutting their first-choice striker adrift.

Of course, we’re only hearing Costa’s ‘butter wouldn’t melt’ version of events and we can’t imagine he’s entirely blameless, but still – you feel this is only going to get messier before the whole sorry palaver is resolved.