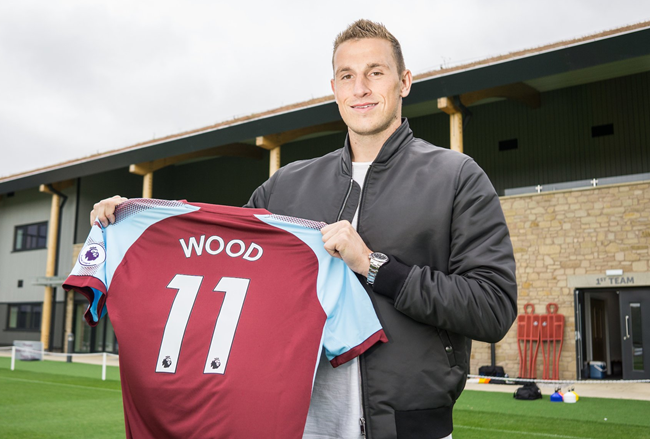 Burnley have broken their club transfer record to bring in Chris Woods from Leeds, with the fee involved reported to be £15million (plus add-ons).

The pointy 6’2” target man, who finished top goalscorer in the Championship last season with 27 goals in 44 appearances, has signed a four-year deal with the Clarets…

Now, you might be sat there thinking the last thing Burnley need to be breaking their transfer record for is a big, ugly, entirely unproven striker from the league below and you know what, we might be entirely inclined to agree with you.

Sam Vokes already does a fairly decent job of leading the line on his lonesome for Sean Dyche’s team and, having lost Andre Gray over the summer, the Clarets’ frontline suddenly looks entirely devoid of pace and movement – something that Wood definitely does not trade in.

In fact, he’s pretty much a like-for-like, slower, bulkier, cut-down Kiwi knock-off of Vokes, who will likely keep him on the bench.

Still, each to their own.

By the way, should you be a Leeds fan who has shelled out to get Wood’s name and number on the back of your 2017/18 shirt, the club have announced that you’ll be able to exchange it for a blank replica at the club shop…

📰 Following the departure of Chris Wood, the club have announced a replica shirt exchange. More info at https://t.co/XFcyK0FmjQ pic.twitter.com/km9ZdiQ7b6

How thoroughly decent of them.