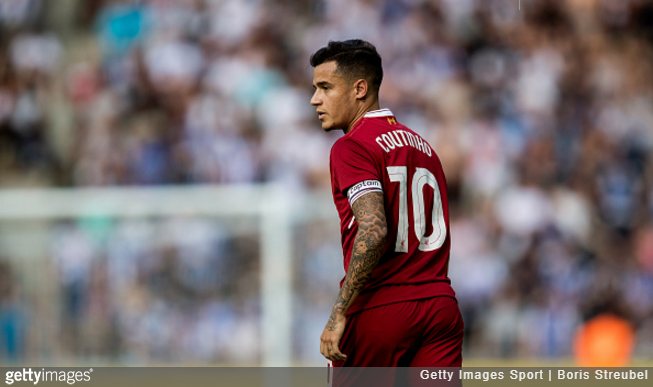 Word on the wire today is that Barcelona are cobbling together one final take-it-or-leave-it offer for Philippe Coutinho, reportedly worth £138million with £100million paid upfront.

The colossal bid would constitute Barca’s fourth official attempt to coax Liverpool into parting with their man, with the Catalans prepared to walk away from the negotiating table and pursue other targets should their advances be rejected this time.

The £38million of add-ons apparently consist of a £9million bonus being paid each time Barca qualify for the Champions League over the next four seasons – money which is therefore virtually guaranteed.

Surely – surely – Liverpool would be utterly bonkers not to accept?

Unlike Luis Suarez before him, Coutinho has proved over two or three seasons that he’s not good – or consistent – enough to single-handedly elevate Liverpool to the next level, so surely £138million represents the very best valuation they’re ever going to get for him?

Yes, he tessellates well as part of the team dynamic at Anfield, but it’s not like they wouldn’t be able to pull in a gifted replacement (Riyad Mahrez, Lucas Moura, Alex Oxlade-Chamberlain, etc) for less than half the fee recouped, leaving plenty of cash in reserve to reinforce the rest of the squad.

Coutinho is certainly talented, creative and may be good for a nice dribble or a spectacular 25-yarder once every four or five games, but he just doesn’t have the same effect on performances and results that a legitimately elite player does.

Almost on his lonesome, Suarez dragged the Reds up to be title contenders. We’ve seen that Coutinho just isn’t that calibre of star.

What do we reckon Pies fans? Having bartered up to £138million, would Liverpool be insane to knock this one back?