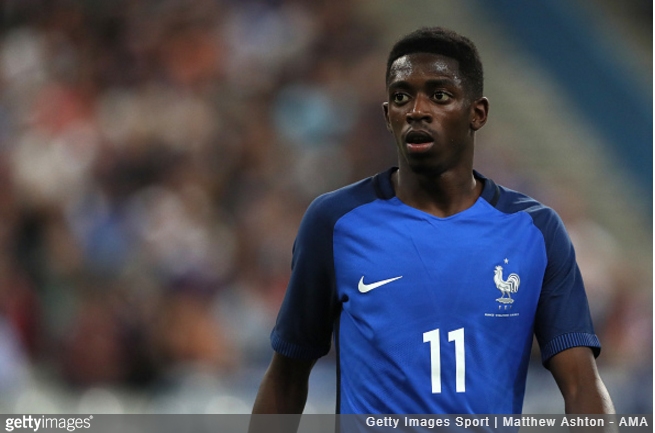 Barcelona have completed the signing of Ousmane Dembele from Borussia Dortmund in a deal worth an eye-swivelling €105million (around £98million).

Dembele has agreed a five-year deal that contains add-ons which could inflate the final fee beyond the €150million (£138million) mark.

That means that, in the space of just 719 days, the young French forward has gone from making his senior career debut to becoming the second most expensive footballer of all time – which is, of course, utter lunacy.

The pecking order might all change when PSG eventually get round to pushing their acquisition of Kylian Mbappe over the line in the none-too-distant future.

We should probably stop calling these things ‘deals’ to be honest.

Just for the record – and PSG take note – Barca have made a concerted effort to mention that they’ve inserted a towering release clause of €400million into the small print of Dembele’s contract.

Who knows? Maybe even that will seem like a bargain in two years’ time.