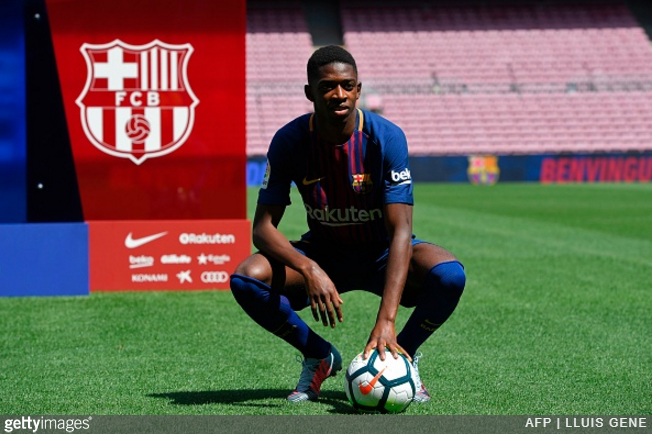 Just as Paulinho recently wowed the crowd with a stunning display of six kick-ups in a row, Ousmane Dembele, Barcelona’s new club record signing, decided to seize the chance and show the Barcelona fans exactly what he’s all about during his grand unveiling.

Mere days after joining the Catalan club in a £96million deal, the 20-year-old French forward dazzled his audience with a quick burst of fleet-footed magic…

The second most expensive footballer of all time there, looking every inch the natural-born superstar.

That sound you here is Borussia Dortmund frantically shredding their receipts.