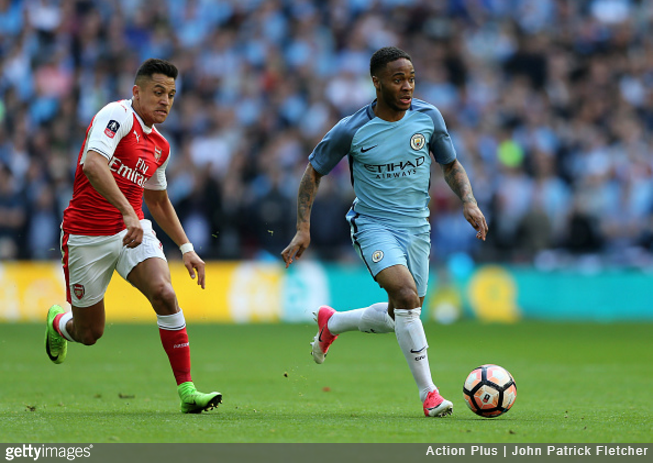 Word on the gossip wire this morning is that Man City are getting increasingly eager to push through a deal for Alexis Sanchez before the transfer window closes this coming Thursday.

Indeed, City are reportedly plotting a “last ditch” effort to sign Sanchez, with reports this morning that the club have lodged a “player-plus-cash offer” for the Chilean that would see Raheem Sterling included in the bartering.

According to John Cross in the Mirror, Arsenal remain adamant that Sanchez is not for sale regardless of the fact that he only has one year remaining on his contract.

Still, a bid of around £70million might be enough to coax them into relinquishing their grasp on the 28-year-old forward.

City, however, are reluctant to offer that kind of money in straight cash, and are therefore willing to throw Sterling’s name into negotiations as a makeweight.

What with it being international week and all, we suggest you can take it all with a pinch of salt – but still, we can’t help but feel that Raheem Sterling isn’t exactly the kind of steel-nerved battleaxe that Arsenal need right now.